I am 5 days past our embryo transfer, which means Blob is 11 days old.

Blob was conceived on November 11th of last year.  Technically he has been on this planet as a viable life for 4 months.

After Blob was whipped up in a Petri dish, our precious little ball of cells grew and divided for 6 days before an embryologist removed all of the fluid from him and flash froze him. In an instant, he stopped growing. And stopped living?

I don’t know. He was sure enough alive when they warmed him up a few short days ago.

Even more confounding, our daughter Spork was over a year old before she was transferred and I became clinically pregnant with her. While Spork is advanced for her age as any child of ours would be (gag), she is still very much two years old, not three.

All this ocassionally makes me ponder when life begins. I sporadically question when soul and spirit develop if I think about it too much.

I try not to think about it too much. Infertility adds enough uncertainty to a couple’s life without having to perfectly resolve feelings on the universe and life’s purpose. 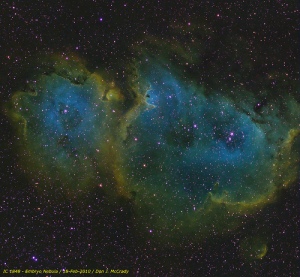 My mind first started swirling with these universal questions when my wisdom teeth were removed as a teenager. Going under and then instantly waking up with no sense that any time had passed made me question where the identifiable inner “me” went for that 30 minutes or so. I experience the same thing when I go under during egg retrieval.

If I had more time and energy, I would explain what scientists are learning about the “block box” experienced when a patient is down for the count. Maybe someday when I am feeling less pregnant I will “nerd out” again and tell you all about it. Until then a Radiolab podcast I recently heard does a fine job of beginning to peel back the layers on the mystery of anesthesia.

If you have never heard of Radiolab, it is the best podcast out there for amateur geeks like me. If you carry a dweeb gene you should definitely add it to your Stitcher favorites. 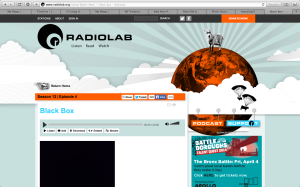 Now back to IVF.

These are just a few of the many reasons why IVF can be so controversial. It touches on some ultra- sensitive subjects. Embryo freezing is the tip of the iceberg. There are other touchy topics like embryonic research, the morality of gender selection, selective reduction of multiple pregnancies, embryo destruction and donation, and now the over-blown and largely misunderstood concept of designer babies.

Speaking of gender selection, my clinic already knows whether Blob is a boy or a girl. They won’t tell us until we are 12 weeks in order to avoid possible legal and moral issues associated with gender selection. I tried to convince my nurse to come out for a couple of giant margaritas so I could pull it out of her, but she swore that only the embryologist knew.

I tried but he wouldn’t talk. 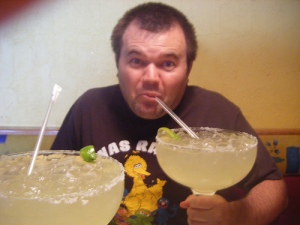 All we want is a healthy baby, but of course there are those on the fringe that push the moral envelope of Assisted Reproduction Technology (ART). Debating IVF issues is not my agenda.  If you wonder why, simply read the title and subtitle of the blog. Heated spiritual and moral arguments don’t fit with my mission.

I just like to think about it all from time to time.

Personal Update: As I mentioned, I do feel pregnant. I am bloated and have tightness and subtle aching in my lower abdomen. I am totally exhausted. “The ladies” are a little bit sensitive. These are all good signs, but could also be the high levels of hormones or the start of PMS. Oh Saturday! How I long for you…

4 thoughts on “How Old Is Blob? And Other Confounding IVF Questions”

Join 147 other subscribers
Follow Laughter Through Tears on WordPress.com

I Think This is Chapter 4 of My Story