Today’s scan was good overall. We still have 16 follicles. The same number are measuring in the range we want but the left/right ovary mix changed.

With today’s scan I would have expected the results to be about the same, or maybe even a greater number of follicles. While the numbers overall stayed the same, 7 on the left and 9 on the right, only two were measuring where they should be on the left.  However all 9 are now looking good on the right. 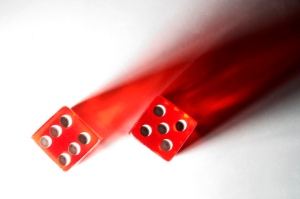 My left ovary has often been a source of trouble, and my right has historically produced more. However I have never seen the left respond this poorly.

Nearly all the follicles on the right ovary were measuring around 17mm.  My estradiol level was 913. Ovulation is typically triggered when four or more follicles are larger than 18mm and estradiol is over 2000. Follicles typically grow about 1-2mm per day during this stage of stimulation. Choosing the exact right time is paramount. Waiting too late or going too early could create problems with egg quality which decreases fertilization rates and embryo quality.

What does all this gobbled gook mean? It means we are closer than I would have thought.

It means we could be pregnant by Wednesday.

Wow. It seems like things are moving lightening fast since we had our failed cycle with Celebrity Miracle Clinic.

Tomorrow night I will make the 3 hour drive down to the clinic for a 7:30 AM ultrasound with the doctor. I should know by midday Saturday when we will trigger.

Bill is staying home with Spork and meeting with clients so I will be flying solo on this quick overnight trip to the clinic. Spending the night alone in a roadside hotel isn’t exactly the way I had planned to spend my Friday night, but I can’t complain. Its worth the trip down to be seen by the doctor so we can all feel good about when to make the decision to trigger. I could choose to continue to monitor locally, but the doctor prefers to see what is going on for himself at this stage.

That’s great and I am all for it, but do you think he will wear green underwear for me?

You may recall that my local sonographer is also a great friend and we threw a baby shower her a few weeks ago. Well, she had her baby on Tuesday and would you believe that her backup person broke out the fertility green lingerie just for little ole me? The ladies decided to switch from fertility orange to fertility green to see if it would bring a change of luck.

I too decided to change things up a bit and switched to orange toes this week.  I actually planned to do away with the superstitions altogether since they haven’t been working for me. However when I arrived at the salon I discovered five new shades of orange. One of the fiery selections was called “My Paprika is Hotter than Yours.”

How can you NOT wear that nail polish?

Here’s to hoping it works…

2 thoughts on “Ultrasound 2- Day 7 of Stimulation”

~ my not so glamorous but oh so blessed life ~

Infertility Is A Journey; Not A Destination